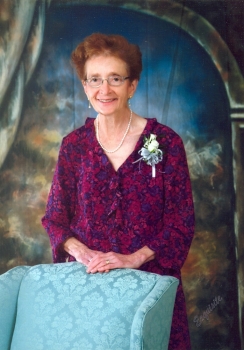 We are saddened to share the recent passing of Sister Jeanne Meurer, Fellow and past Vice President of the American College of Nurse-Midwives, and 2002 recipient of ACNM’s Hattie Hemschemeyer Award. Below is her full biography from her religious order, the Franciscan Sisters of Mary.

Sr. Jeanne Marie Meurer, who helped establish nurse-midwifery as a profession and who initiated the graduate program of nurse-midwifery at Saint Louis University in the 1970s, passed away Friday, September 11, 2020, at The Sarah Community in Bridgeton, Missouri. She was 90 and had been a Franciscan Sister of Mary for 72 years.

“Being a Gospel woman is a lifetime challenge and one I embrace with great fervor and passion,” stated Sr. Jeanne. An independent thinker who accomplished much in her life, Sr. Jeanne focused on achieving good for God and for others.

She earned her BSN (1955) and her MS in Nursing Service Administration (1962), both through Saint Louis University; and her MS in Maternity Nursing with a certificate in Midwifery through Columbia University, New York (1970). She was certified in Nurse-Midwifery through the American College of Nurse Midwives (1971) and became a fellow (FACNM) in 1994. She earned an MA in Pastoral Studies through Aquinas Institute of Theology (1998), and in 2006 was made an honorary member of the Saint Louis University chapter of Alpha Sigma Nu, the Jesuit honor fraternity.

Sr. Jeanne taught at Saint Louis University (SLU) (1970–1982). She also opened the nurse-midwifery service at City Hospital, the first nurse-midwife to practice in the state of Missouri (1971–1982), and in 1972 began the graduate program of nurse-midwifery at SLU. Under a World Health Organization (WHO) fellowship, she studied maternal nursing and midwifery in Norway, Denmark, Sweden, and Finland.

In 1982 she began Ruskin Migrant and Community Health Service, a federally funded nurse-midwifery program for migrants, in Tampa, Florida. From 1985 to 1991she worked with the University of South Florida’s College of Public Health to develop the Community and Family Health Department. She also volunteered with the Tampa AIDS Network and for the March of Dimes/Birth Defect Foundation. She developed and taught a course in Maternal and Child Health for students, offered in Jamaica in 1988 for students from the U.S. and the Caribbean. From 1982 to 1985 she traveled to Egypt four times as a nursing consultant to the United States Assistance International Development, teaching in Egypt as part of her consultation.

From 1991 to 1995 she served in FSM Leadership. She served on the Missouri State Board of Nursing in Jefferson City (1993–1996) and taught at the University of Missouri—Columbia. In 1998 she co-founded Woman’s Place, a safe drop-in haven for women suffering from domestic abuse, co-directing until 2006. She volunteered there through 2008.

She served as vice-president of ACNM from 1975 to 1976 and in 2002 was awarded ACNM’s most prestigious recognition, the Hattie Hemschemeyer award.

She taught at Aquinas Institute of Theology (2006–2008). She volunteered with the Oasis Tutoring Program as an outreach educator for the Missouri Botanical Garden’s Horticultural Therapeutic Program and served on the St. Louis County Domestic and Family Violence Council. Moving to The Sarah Community in June 2011, she often took residents shopping or to doctors’ appointments. Intensely involved in community and political affairs, especially environmental and ecological concerns, she helped initiate a recycling program at The Sarah Community. Honored in 2012 as an “Ageless—Remarkable Saint Louisan,” in 2014 she received the “Legend in Nursing” Award from the March of Dimes.

After a full, rich life serving God and others, Sr. Jeanne Meurer passed into eternity on Friday, September 11, 2020.

Sr. Jeanne was preceded in death by her parents and her sister Ramona. She is survived by three sisters, Kathryn (Austin) Foreman of Panama City Beach, Florida; Colette Hinkle of Tampa, Florida; and Mary Lou (Chuck) Pentico of Blairsville, Georgia, as well as nieces, nephews, and other relatives and friends.

A memorial mass will be held at a future date in the chapel at The Sarah Community, 12284 DePaul Drive, Bridgeton, Missouri, on the campus of SSM DePaul Health Center. Sr. Jeanne donated her body to Saint Louis University School of Medicine. 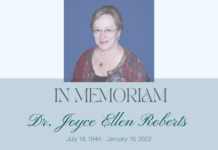 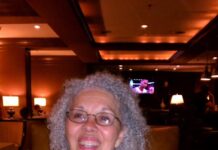 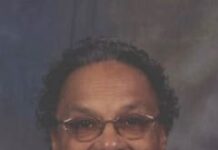