The 2022 theme was “Women Providing Healing, Promoting Hope.” This theme is “both a tribute to the ceaseless work of caregivers and frontline workers during this ongoing pandemic and also a recognition of the thousands of ways that women of all cultures have provided both healing and hope throughout history.” Throughout #WomensHistoryMonth2022 ACNM highlighted leaders, midwives and their stories for by showcasing posts, videos, and videos from the A.C.N.M. Foundation, Inc.’s Midwifery Legacies Project. The featured midwives were:

Dorothea M. Lang, CNM, MPH, FACNM, who passed away in 2017, had an illustrious midwifery career that spanned decades, including serving as the director of the midwifery and infant care project for 30 years in New York City, 12 years on the ACNM Board of Directors (President, 1975-77), and President of the A.C.N.M. Foundation, Inc (1977-84). Her main goal as a midwife was to ensure the continuity of care, helping to serve women from clinic, hospital, home, and back to their communities. As a leader in midwifery and the ACNM, she mentored countless midwives into and through their professional education and practice, including several who went on to distinguish themselves in global midwifery. Over her life, the profession granted her its highest honors, including the inaugural class of ACNM Fellowship (1994) and the Hattie Hemschemeyer Award (1986) for contributions to the development and advancement of midwifery. The most distinguished honor bestowed by the A.C.N.M. Foundation is now named the Dorothea M. Lang Pioneer Award, for which she has been its benefactor since 2002.

Click to learn more about Dorothea Lang’s legacy, and the names of the Lang Pioneer Award winners since 2002.

Frances Thacher, CNM, MS, FACNM, Trustee of the A.C.N.M. Foundation and fierce advocate for midwives and mental health, passed away almost three years ago from pancreatic cancer. She left an indelible mark on midwifery and her legacy, the Frances T. Thacher Midwifery Leadership Endowment Fund, enables the Foundation to continue preparing midwives as leaders and empowering midwives facing challenging clinical leadership roles, while advancing initiatives for women and midwives with chronic physical or mental conditions and striving to improve maternal child health care worldwide. Her vision was to ‘empower midwives one at a time, each to their maximum potential.

Sister Jeanne Meurer, CNM, FACNM, MS, FSM, helped establish nurse-midwifery as a profession and initiated the graduate program of nurse-midwifery at Saint Louis University in the 1970s. After pioneering midwifery programs from Missouri to Jamaica, Wisconsin to Egypt, she was awarded ACNM’s most prestigious recognition, the Hattie Hemschemeyer award in 2002.

We also featured: Time’s Woman of the Year: Jennie Joseph!

“Treating her patients well is not the only reason that Joseph has become one of the pre-eminent advocates of—and a national role model for—midwifery in the U.S. Her philosophy, which she calls the “JJ Way,” is much more ambitious. It’s about leveraging the power of midwifery to support a pregnant person before and after they give birth, to draw on community-based care, and to avoid unnecessary interventions. And it’s about using those methods not only to provide the best possible care for individuals, but also to disrupt a system that Joseph says has led to racial and socio-economic disparities in maternal health care.”

Check out the video featuring Time’s Women of the Year

Katrina was featured on Multiview’s podcast “The Association Corner” and she talks about how even as a young girl, she was meant to lead a vision for something greater than herself. Katrina shares her journey of perseverance and passion which led to her becoming the CEO of ACNM. Click the button below and scroll down to “The Journey to CEO” episode to listen. 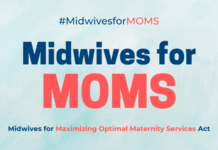 Winter 2023 Off the Hill Advocacy Week 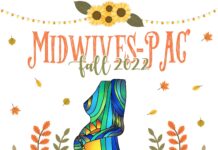 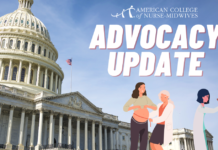