Frontier Nursing University (FNU) has a focused effort on diversity, equity, and inclusion (DEI). That effort requires a deep look into our past and how that history affects our FNU culture and community today. This required the development of the Mary Breckinridge Task Force (MBTF). The MBTF was formed and charged with exploring the history and legacy of our founder, Mary Breckinridge, to uncover and understand the nuances of her beliefs and how these affected the formation and development of FNU. Credit for this effort must be first given to the group of students who brought the request for acknowledgment of our past to administration in 2018. Next, we must credit the group of students, faculty, staff, and external members who stepped forward and answered the call to serve on the task force. We are forever grateful for their passion, commitment, and time.

We acknowledge Mary Breckinridge’s contributions as the founder of FNU and as a pioneer in public health nursing and nurse-midwifery. At the same time, we denounce her discriminatory beliefs and actions that have not only affected our institution but the entire midwifery profession.

Frontier Nursing University rejects racism, bigotry, and hate in all forms. We acknowledge the racist and eugenics beliefs that were intertwined in the university’s beginnings. Frontier Nursing University sincerely apologizes to Black, Indigenous, and People of Color for a history that has failed to honor the inherent right of all individuals to equitable treatment and opportunity. The university draws upon its rich legacy of pioneering and innovation to rise to the call for reform.

We must use what we have learned to move forward in our goal to become a truly inclusive university. We also apologize to the midwifery community, and all communities harmed for our failure to examine our history sooner and for engaging in any behaviors that perpetuated racism and a white supremacist version of her legacy. To that end, the MBTF included a comprehensive set of recommendations for actions for the future. These are currently being used as a resource by the newly formed President’s Task Force for DEI to create an action plan for our future. We recognize that the beliefs of the past affect who we are today. We are fully committed to using these lessons to continue to move us forward to the reality of becoming a truly antiracist university.

If you would like to read the full report of the Mary Breckinridge Task Force, please visit frontier.edu/news/mbft/. 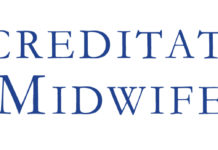 Leadership at Its Best…Join the ACME Board of Commissioners! 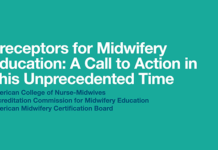 Preceptors for Midwifery Clinical Education: A Call to Action in This Unprecedented Time 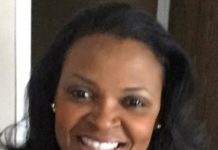