In the shadow of the US Capitol, women are currently dying in childbirth at alarming rates. As a recent Washington Post article stated, DC mothers are twice as likely to die because of pregnancy as the average American woman. About 41 women in the District of Columbia die for every 100,000 live births, according to an analysis of 2010–2014 federal health data by United Health Foundation. This crisis predominantly impacts women of color, including those who live east of the Anacostia River in the District, an area that has often been neglected by the DC government and health care system. In Southeast DC, infants die at more than twice the rate of the United States as a whole, and, tragically, they die at nearly 10 times the rate of those in affluent Northwest Washington, DC.

“Last year, DC shut the labor and deliver unit of the only hospital in Southeast DC”

Against this backdrop, last year, DC shut down the labor and delivery unit of the only hospital in Southeast DC, United Medical Center, following reported medical and financial mismanagement. Shortly after, Providence Hospital, a private Catholic hospital in Northeast DC shut down its labor and delivery floor, leaving no hospital for women in three out of the four quadrants of DC and only hospitals in Northwest DC. For a lower-income woman living in Southeast DC, it now takes multiple buses and hours to get to a hospital. Even then, the woman is likely to encounter hurdles of whether her managed-care organization is accepted at that hospital at that time.

The DC ACNM Affiliate believes the midwifery community plays a key role in solving this crisis through high quality, evidence-based care, advocacy, and coordinating assistance. Therefore, following the hospital closures, the DC Affiliate worked quickly to release a press statement (bit.ly/2D6nyP5) to raise awareness of this crisis, which had yet to garner the attention of the medical and media communities in DC. The press release received local and national attention and helped to raise awareness of this issue.

Affiliate members also organized targeted advocacy to key members of the DC Council, including Charles Allen, who represents Capitol Hill and Southwest DC. Councilmember Allen introduced legislation to create a maternal mortality review committee (MMRC) for the District. As he stated, “There’s no question, we are in a maternal health crisis.”

At the hearing on this legislation, DC Affiliate leaders Ebony Marcelle, CNM, MS; Dorothy Lee, CNM; and Emma Clark, CNM, MHS, MSN testified on behalf of DC ACNM in support of the legislation. “This is a huge loss for DC in terms of missed opportunities, but it’s also devastating for the providers who care for these women and who deserve an opportunity to know that these terrible events can be used to learn from and prevent similar events,” stated Emma Clark, speaking about the maternal death of a patient whom she had cared for in the antepartum period. “A maternal mortality review committee provides these critical opportunities.” All three midwives who testified requested that additional midwifery spots be added to the committee due to midwifery’s integral role in caring for all women in DC.

DC ACNM also coordinated with ACOG and other key stakeholders to propel the bill moving through the DC Council legislative process. The bill passed on June 5. DC now joins 34 states with a MMRC. Importantly, a key provision that was included on behalf of the affiliate’s advocacy is the requirement that three midwives are guaranteed spots on the new MMRC.

Working on Many Fronts

This is just the beginning for the DC ACNM Affiliate in tackling this crisis. Affiliate members also testified in support of a bill to legalize certified professional midwives in the District, advocating to reduce barriers of access to care. The affiliate is also coordinating with the DC’s Department of Nursing and ACNM to introduce certified midwife legislation to foster the growth of midwives locally and nationally.

The issue of maternal mortality is not only centered in DC, but also is a national crisis. As 2019 approaches, DC, Maryland, and Virginia prepare to host the 64th ACNM Annual Meeting, during which midwives

In the face of dire maternal mortality rates and curtailed access to labor and delivery units for women in under-resourced areas, the DC Affiliate is galvanizing positive change for its communities. will storm the steps of Capitol Hill advocating for many important pieces of legislation that impact the patients for whom we care. The national bills include one creating mandatory and uniform MMRCs in all states. We hope you will join us in raising our voices on behalf of midwifery and the people we serve. By Zoe Gutterman, CNM, MPHN President, DC Affiliate zoe.gutterman@gmail.com By Kate McDevitt, CNM Vice President, DC Affiliate 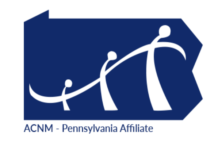 PA Affiliate Statement on the Overturning of Roe 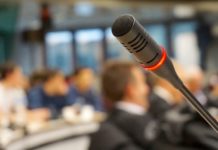 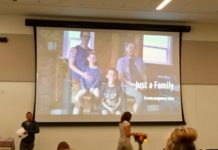