The U.S. Preventive Services Task Force (Task Force) today posted a draft recommendation statement on serologic screening for genital herpes. Based on the evidence, the Task Force continues to not recommend serologic screening for genital herpes in people without signs or symptoms. This is a D grade. Symptoms can include sores, bumps, pain, tenderness, or itching in the genital area, and fever. Experiencing these and other symptoms is known as having an “outbreak.” ACNM is a partner of the Task Force.

This recommendation does not apply to people who have a past genital herpes infection, including people who are in between outbreaks. Genital herpes is a common sexually transmitted infection (STI) that unfortunately has no cure and cannot be accurately detected in people who do not have signs of the condition. Current treatment for genital herpes focuses on managing symptoms.

“Available screening tests for genital herpes have limitations and can often show a positive result when a person does not, in fact, have the infection,” says Task Force member James Stevermer, M.D., M.S.P.H. “As a result, the Task Force determined that the potential harms of screening people without signs or symptoms outweigh the potential benefit.”

Pregnant people can transmit genital herpes to their baby, most often during vaginal delivery, which is known as neonatal herpes. Fortunately, neonatal herpes is uncommon, but when it does happen, it can have serious consequences for the baby. The Task Force recognizes that pregnant people have separate and distinct preventive health needs. However, the evidence shows that the harms still outweigh the benefits of screening pregnant people without signs and symptoms.

“The Task Force encourages people to speak with a healthcare professional if they have questions or concerns about their sexual health,” says Task Force member Martha Kubik, Ph.D., R.N. “It’s important that people who have signs or symptoms of genital herpes, or who have a partner who has been diagnosed with herpes, talk to their healthcare professional, especially if they are pregnant or planning to become pregnant.”

While screening for genital herpes among asymptomatic people is not beneficial, the Task Force recognizes the importance of sexual health. The Task Force has positive recommendations on screening for other STIs, including chlamydia, gonorrhea, syphilis, and HIV, and behavioral counseling for STIs among people who are at increased risk.

Dr. Stevermer is vice chair for clinical affairs and professor of family and community medicine at the University of Missouri (MU). He is the medical director of MU Healthcare Family Medicine–Callaway Physicians. He is also the medical director for a local nursing home and the county ambulance district.

Dr. Kubik is a professor with the School of Nursing, College of Health and Human Services at George Mason University. She is a nurse scientist, active researcher, and past standing member on the National Institutes of Health’s Community-Level Health Promotion Study Section. Dr. Kubik is an advanced practice nurse and fellow of the American Academy of Nursing. 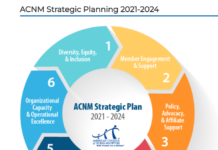