This column is the second of four from Malawi and illustrates one of the ACNM Global Health Competencies. If you are interested in submitting a Notes from the Field column, please read the instructions for submission to be considered.

Seed Global Health (Seed) employs its educators with a one-year contract, which in some cases can be extended for a second year. Dr. Vanessa Kerry is Seed’s CEO. She had the initial vision for this NGO in 2012. It at first partnered with Peace Corps, but in 2019 it began operating independently.

In July of 2019, Seed’s Boston staff set up an orientation week for those of us who would be working in Malawi. Topics ranged widely, including teaching methods, educational resources, cultural aspects of Malawi, banking and phone information, visa applications, health insurance, and evacuation plans. We were delighted that former Seed educators were among the speakers, since they gave us first-hand information about where we were going and what our jobs would be like.

From Boston, four of us flew via Johannesburg, South Africa, to Lilongwe, Malawi, where we were given another week of orientation. We learned a little Chichewa, the local language, and had a few sessions devoted to the culture of Malawi. We also learned about the best ways to travel within the country, personal safety, work permits, and licensure for our various jobs.

Seed provides health coverage for its employees as well as emergency evacuation coverage. I recently was in dialogue with the latter provider after my husband was attacked by a mentally ill man. As it turned out, the medical services here were excellent, and we did not need to use the private contractor who provides evacuation services.

Coming into my job after the foundation had been laid for a Midwifery Led Ward by my predecessor, Linda Robinson, felt like a gift. I knew the goal, and the steps seemed clear.  All I had to do was execute the plan. Unfortunately, that is not how it has played out. Even though I knew the culture of Malawi is different from American culture, and even though I had four years of earlier experience with Kenyan culture and its ways of slowly moving ahead with an idea, I did not foresee just how much time would be spent “in community” and “talking through” each step. Here, meetings are very important, as is everyone’s having their say – even if they are saying the same thing that the person next to them has just said. As a result, communication by email only is not acceptable. A lunch meeting, or at least tea at mid-morning or an afternoon meeting, is a far better approach! So, clearly no snap decisions will be made, and no one will be marching off on their own, even if they are dying to get things moving. This has meant that I have had to lean on my “Patience” button with my sharp elbows and rest there for long periods of time. Partly, this is a good thing and a good learning for me, but also it can be a frustrating way to go – even for many of the Malawians themselves. Things here take so long to start, and later to reach full fruition.

In terms of leadership qualifications, I sometimes feel quite lacking. I have never been a CEO or a Chief of anything except my own kitchen, greenhouse, and classroom. So, when I think back on my career and how I have led, I see my openness, curiosity, and ability to throw myself into new situations as my leadership style. I tend to lead by example and role modeling. I was one of the quieter students in high school, yet I was elected class president for two years. In college, I graduated with a double major in Biology and Art History because, even though those subjects are quite different, each caught my interest and I threw myself into both, resulting in a broad education that still gives me pleasure to this day.

When my husband and I joined the Peace Corps after college, I again threw myself into the work, and after taking on the role of bookkeeper for the school we were building, we realized the then-headmaster was stealing 60% of the students’ school fees. We provided evidence to two political opponents and each one worked independently to have the headmaster removed. We were then free to run the school ourselves, each teaching multiple subjects. For two of the subjects I taught, Biology and Religious Knowledge, our students came in first in the nation on their Kenya Junior Secondary Examination.

In my fourth and final year of Peace Corps work in Kenya, I decided to explore maternal-child health in our town of Siaya. I teamed up with the head midwife of the Maternity Unit at Siaya District Hospital. She introduced me to the world of midwives, and I was hooked. She provided me with the tools I needed to pursue further education at Columbia University’s BSN and master’s programs in nursing and midwifery, respectively.

Although quite a few midwives who work in global health have had many leadership positions within their own institutions and within the ACNM, I have not followed that path. I had a full midwifery career, but also did physical activities like windsurfing the entire coast of Maine, riding my bicycle across the US, being a Witness for Peace in central America during the politically turbulent 1980s, and taking on small leadership roles in my Quaker community in Portland, Maine. These life experiences have enabled me to embrace this year in Malawi, using my acquired life skills daily. 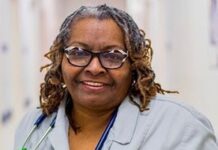 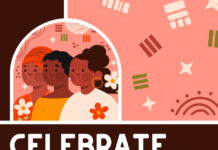 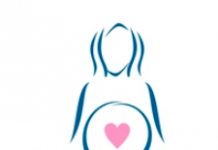 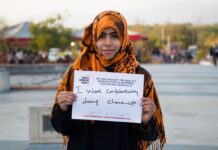 Respectful Care: It’s What Women Want, But Can We Ensure It during the COVID-19 Pandemic? 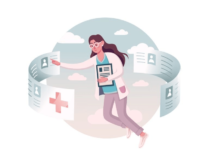