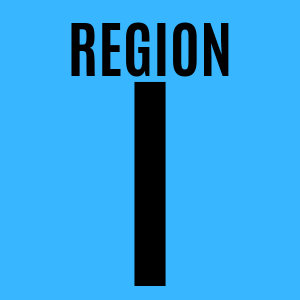 Right in the middle of the pandemic, which has hit New York, New Jersey, and Connecticut very hard, I salute the affiliates for all the weekly virtual support meetings they are holding in the region. So many midwives are giving their all to facilitate loving care, even covered by masks and gowns. Here is a brief update of some affiliate activities during 2019.

Connecticut: Connecticut has been working on a bill for pay parity for midwives, and the bill was reintroduced for 2020 as H.B. No. 5442, An Act Concerning Payment Parity under the Medicaid Program for Midwives and Podiatrists. There appears to be no further action since the March 17 public hearing.

Massachusetts: The Massachusetts Affiliate lobbied for bill H.1028, An Act to Increase Access to Nurse-Midwifery Services, which is in the Committee on Financial Services. This is a pay parity bill for midwives. A hearing happened in October 2019, but no further actions are noted. On November 9, the Baystate Midwifery Education Program celebrated 25 years of graduates! Congratulations to the faculty and students for such an innovative education model.

Maine: The midwifery liaison group to the Board of Complementary Health Care Providers in Maine convened and is working on regulations for the CPM/CM licensure. Although there is no regulation yet, there is a mechanism for licensing of CPMs and CMs through the Department of Professional and Financial Regulations.

New York: Last November, New York finally adopted Midwifery Birth Center regulations, more than two years after the bill was passed. There is still no actual process or mechanism for licensure. In addition, representatives of NY Midwives (NYSALM) have been meeting with representatives from the CPM community, and bill language to update the midwifery practice act and include CPMs was drafted. It is now with a potential sponsor in the NYS assembly awaiting forward motion. New York midwives continue to have a strong presence on both the NYC and NYS maternal mortality and morbidity review boards and committees.

Vermont: The Vermont Affiliate is working on a bill to license birth centers. A white paper was provided to legislators, and legislation drafted in the House (H.859, An act relating to licensure of freestanding birth centers) without a co-sponsor in the Senate. According to the affiliate president, the bill needs stronger support, so work is happening and will reintroduced in 2021. This bill would also require prenatal, maternity, postpartum, and newborn coverage under health insurance plans and Medicaid to include birth center services and would specify that birth centers are not subject to certificate of need review. There has been a revitalization of the affiliate, and they reinstituted peer review, redesigned the website, and are developing a CEU opportunity.

Rhode Island: In November, the affiliate participated in a DOH meeting for feedback on revision of birth center regulations. They have recently hired a lobbyist. 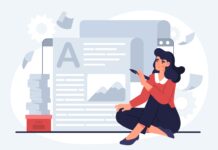