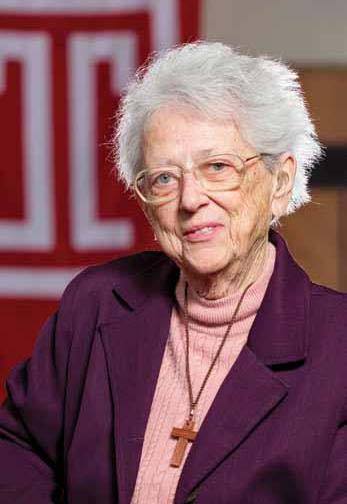 We are saddened to share the recent passing of Sister Terese “Teresita” Hinnegan, CNM. Teresita was a strong women’s rights advocate and a tireless proponent for the wellbeing of women and humanity.

A native of McKinley, PA, Sister Teresita graduated from St. Hubert’s High School in Philadelphia before entering the Medical Mission Sisters in 1948. She became a registered nurse at St. Francis College before beginning 14 years of mission in Bangladesh. In addition to becoming a registered midwife at Holy Family Hospital (HFH) in Dacca, Sister served as nursing supervisor for six years and held several administrative positions at St. Michael’s Hospital. She returned to the United States in 1969 where she served as her Society’s Eastern District Supervisor. Sister Teresita divided her time between helping her sister, a single mother of two, and working as a nurse-midwife in a Philadelphia community center. Both experiences allowed Sister Teresita to see how women were impacted by bureaucratic dysfunction, which inspired her to study social work at Temple University, where she earned both a bachelor’s and master’s degree in Social Work Administration. She served as administrator of St. Vincent’s Hospital, where she introduced a nurse-midwifery program, and she later spent several years as a nurse-midwife at the Southeast Philadelphia Neighborhood Health Center, before becoming director of nurse-midwifery at Dover General Hospital in New Jersey.

In 1982, Sister Teresita joined the faculty at the University of Pennsylvania School of Nursing, where she taught for 20 years. She established the Nurse-Midwifery Distance Learning Training Program for the recruitment and training of certified nurse-midwives in underserved areas of rural Pennsylvania. She also taught a course called “Public Policy and Access to Health Care for the Poor.”

After leaving Penn, she founded “Dawn’s Place,” a non-profit organization that provides long-term trauma recovery and comprehensive support services to both internationally and domestically trafficked women, and opened the Center for the Empowerment of Women in Philadelphia. In 2013, she became the first religious sister to offer the opening invocation at a session of the Pennsylvania House of Representatives, invited by Rep. Pam DeLissio.

Throughout her life, Sister Teresita would explore the root of a problem and develop creative, workable solutions. In a recent interview, she shared, “I get a little impatient with a lot of talk and no action!” A deeply intelligent woman, Sister Teresita, in her passion and determination, coupled with her wide scope of skill and expertise brought opportunity, healing and even transformation to thousands of women and girls. She leaves a legacy of policy change, educational opportunities, safe housing for exploited women, and the incalculable gift of courage and hope in her undaunted quest to help women and children. 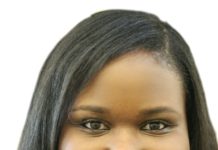 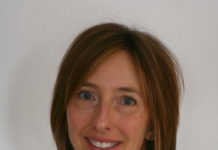 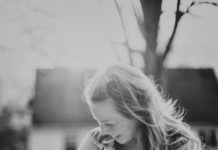 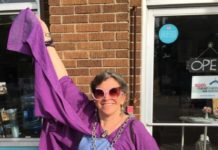